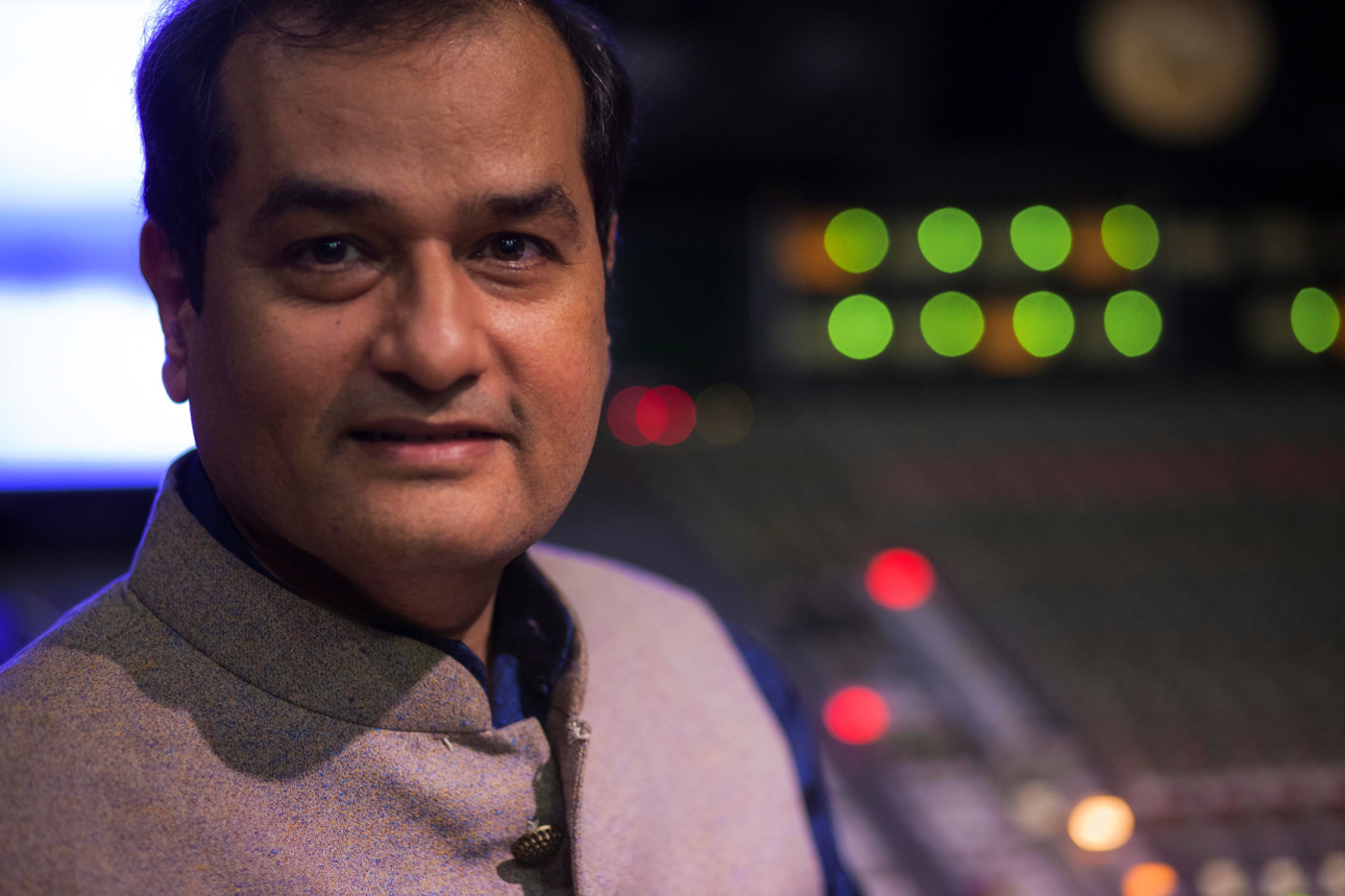 Uday believes that when immersed in the note and raga, the self disappears and music takes on its own existence; the principle of ‘darshan’ in Indian philosophy.

Uday Bhawalkar is among the foremost Dhrupad vocalists and has been a strong force in its growing recognition, popularity and resurgence, worldwide.

Uday believes that when immersed in the note and raga, the self disappears and music takes on its own existence; the principle of ‘darshan’ in Indian philosophy.

Dhrupad is one of the oldest forms of North Indian classical music and Uday maintains its majesty and subtle nuance. Dhrupad is a living and evolving classical music tradition in which Uday has developed a unique style deeply embedded in raga, ras and bhaav.

Uday spent over 12 years studying and living in the traditional guru-shishya parampara with Ustad Zia Fariduddin Dagar (Vocal) and Ustad Zia Mohiuddin Dagar (Rudra-Veena), the towering pillars of the Dhrupad tradition. During this period there was a simple and complete concentration on the music itself. This intimate relationship, in which the Ustads willingly gave their inner secrets along with Uday’s devotion, brought him to a deep sense of completeness and wholeness.

An inspiring, significant moment in this period was when Ustad Nasir Aminuddin Dagar, the eldest of the Dagar family, upon first hearing Uday’s performance in 1987, blessed him with a gold medal.

Uday has an engaging style and is able to reach out and communicate with audiences of all backgrounds.

Since his first performance at Bhopal in 1985, Uday has performed in a number of prestigious festivals and events in India and abroad. Uday has widely performed in Europe, USA, Canada, Mexico, and Singapore and also collaborated with artists from other disciplines and cultures.

Uday has worked with the contemporary dancer Astad Deboo, the Ensemble Modern Orchestra, Germany, and with many other artists internationally. He has been accompanied on the Pakhawaj by none other than Ustad Zakir Hussain at the Prithvi Festival in Mumbai. He also been accompanied by Taalyogi Pt.Suresh Talwakar and Ustad Sukhwinder Singh Naamdhari.

Besides being a performing artist par excellence, Uday is a very sensitive teacher and has a devoted following of students committed to pursuing the path of Dhrupad.

He has taught internationally at institutions such as the Rotterdam Music Conservatory, the University of Washington, Seattle, the Asian Music Circuit, London and Dhrupad music society, London, to name a few.

In 2012, Uday became a Guru at the ITC Sangeet Research Academy in Kolkata.

He is also a Guru at the Bengal Foundation’s ”Parampara Sangeetalay”, Dhaka, Bangladesh and the Avartan Gurukul Pune.

In recognition for his artistry he has received many prestigious awards including the Kumar Gandharva Samman given by the Chief Minister of Madhya Pradesh (2001) and the Raza Foundation Award (2007) given personally by the eminent painter, S.H. Raza. 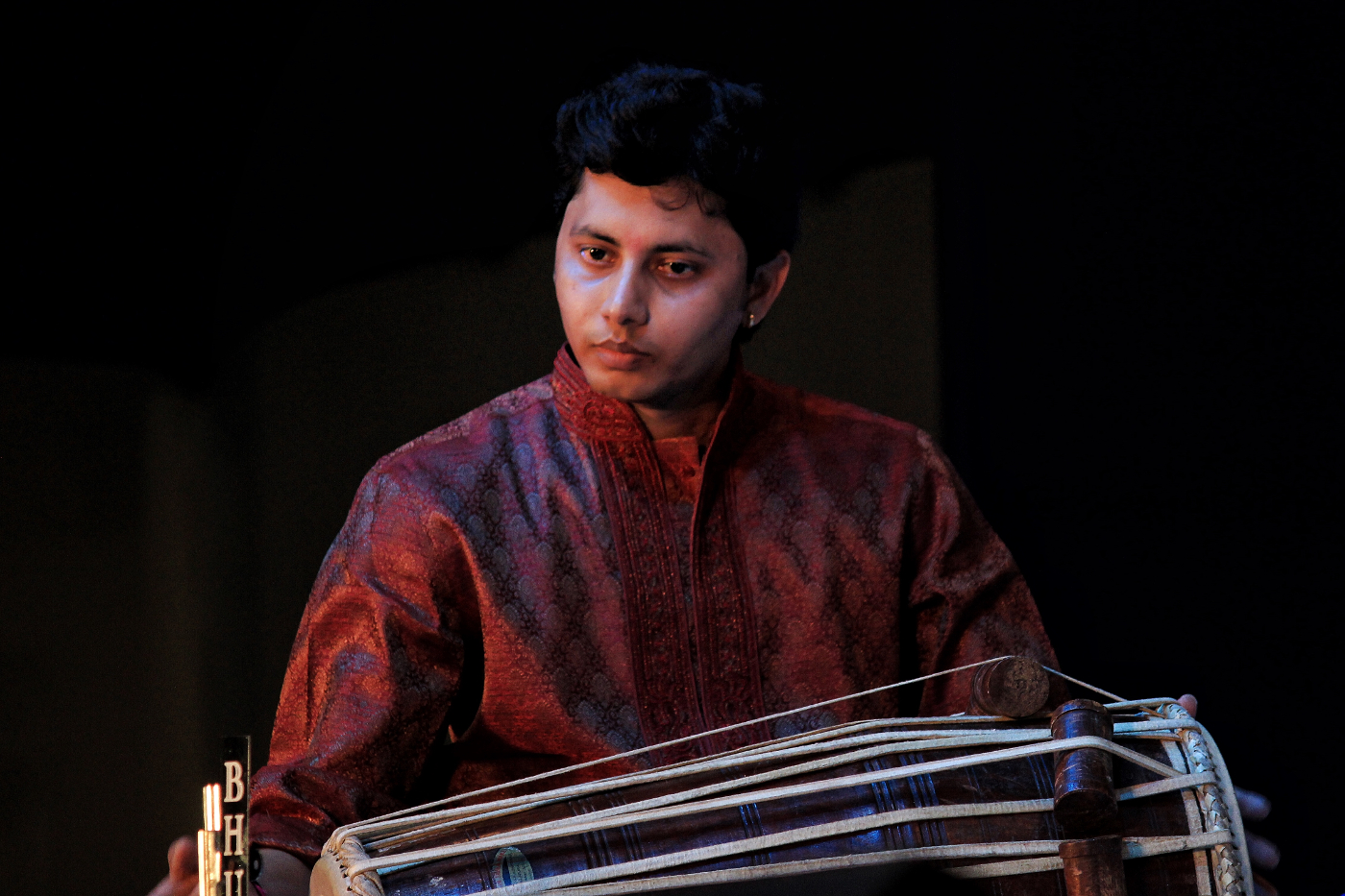 Pratap Awad hails from the western Indian state of Maharashtra.

Pratap has given solo performances and has accompanied many Dhrupad musicians and instrumentalists both in India and abroad. He is the recipient of several awards and scholarships and performs on TV and radio.